"We take the cinema for granted. We do not realize how much in our daily life there is cinema. " It was the words of the Executive Director of the IFF Panama 2019, Pituka Ortega Heilbron when opening the round table "Cinema in the fabric of our lives." On this occasion, filmmakers and academics from three continents shared their perspective on the importance of cinema in our day to day. Participating in the panel were Katayoon Shahabi, Ron Haviv, Ketty Zafra, Jayro Bustamante, and Lila Avilés. 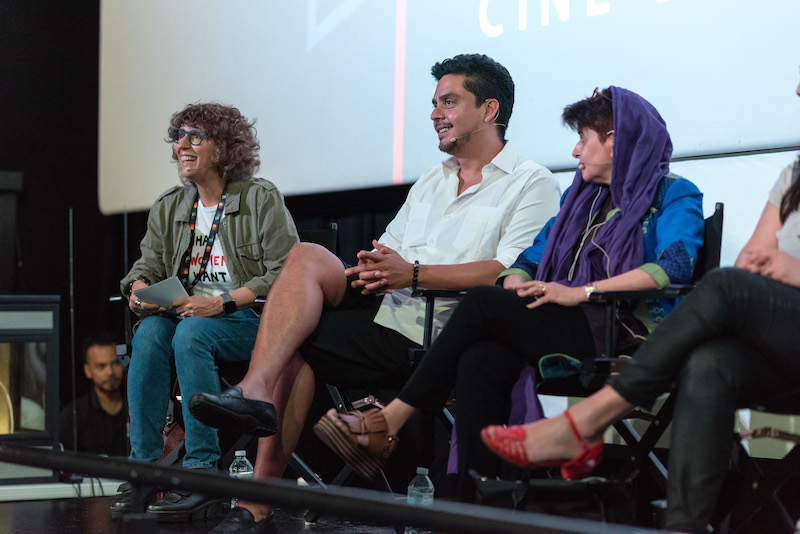 Pituka started the conversation, alluding to the social impact that movies can have. For this issue, Jayro Bustamante from Guatemala said "cinema is a human need" highlighting its importance as a vehicle to publicize social injustices and to transform public policies.

In this regard, he specifically referred to his 2015 debut, Ixcanul. "When we released the movie in Guatemala, people said 'I'm not going to pay to see indian people when I see them every day on the street (...) The cinema gave them visibility," said the director. Bustamante noted that Ixcanul success was an essential tool in changing the legal age of marriage for Guatemalan women, from 14 years to 18 years. 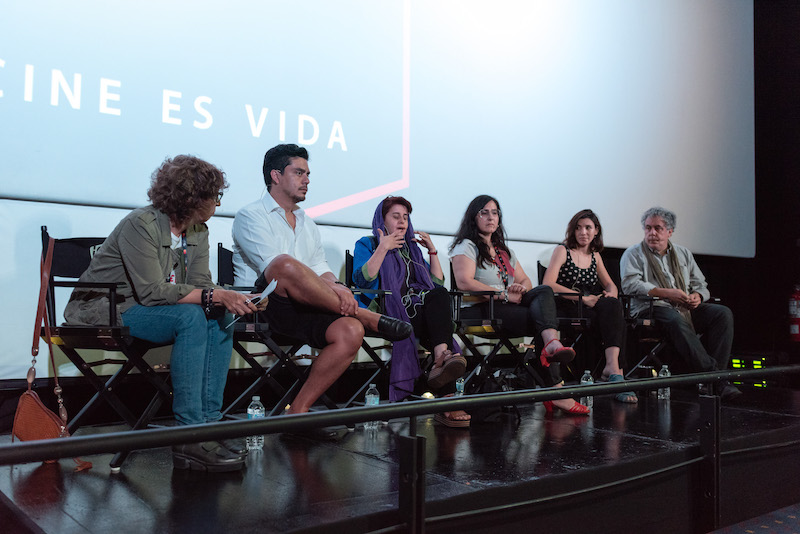 Katayoon Shahabi from Iran, jury at the Cannes Film Festival and producer of Cold Sweat, spoke about the environment and culture of cinema in her native country. "Cold Sweat managed to be projected with great difficulty. In Iran, the government is required to approve the scripts and the filming. " He continued, "despite getting all the permits, the film was taken out of more than 100 movie theaters before the premiere."

However, Shahabi explained the social impact his film has had. "It brought to light the fact that women need permission from their husbands to obtain and maintain passports." Since then, these regulations have been relaxed. He concluded, "Cinema is powerful, especially in our countries. It is a way of expressing ourselves. " 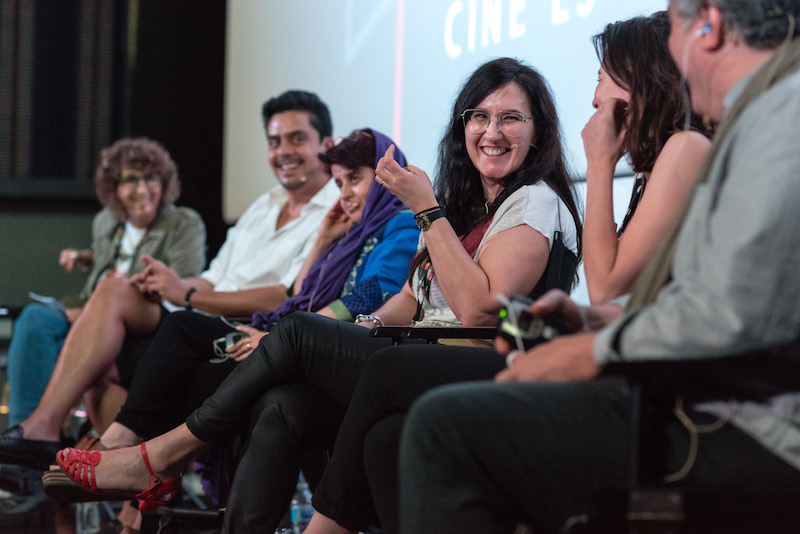 For its part, the erudite professor at Ryerson University, Ketty Zafra, spoke about the responsibility that filmmakers have. According to Zafra, the filmmakers make "personal and individual impacts exposing social problems and telling stories of injustices and inequities." "For me, the filmmakers have a lot of merits. They are 'practical dreamers.' They have a dream, and they fulfill it, "said the Spanish professor.

From his academic perspective, he indicated that the filmmakers are very stubborn because "they make magic just by taking out their film. In that way, they transform their environment. " Zafra also highlighted how much the cinema influences our way of thinking and talking. 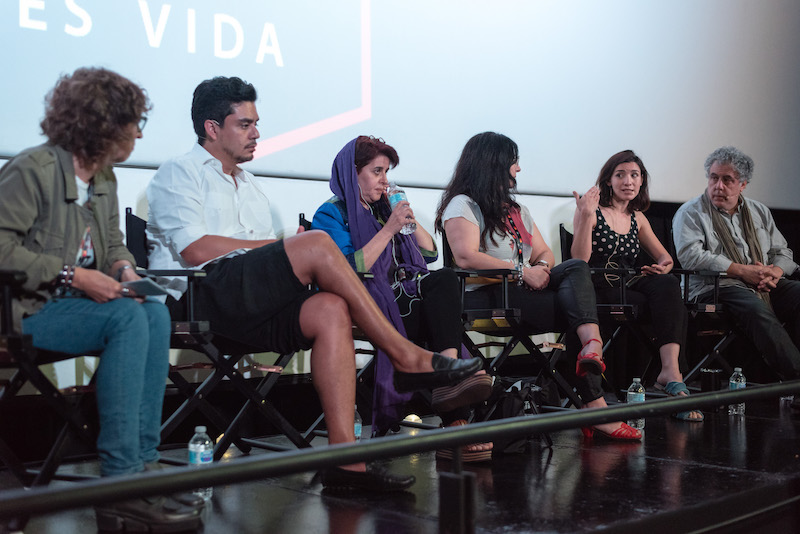 Lila Aviles from Mexico, spoke as much about her experience as an actress and filmmaker, as about the opportunities presented by the industry of her country. She said, "Cinema has been a map for my life. And I think there's so much power in the cinema, that it can be a map for the next generations. "

Avilés also commented about the public policies that encourage Mexican cinema but emphasized that the most important thing to cultivate the film industry is to promote cultural initiatives that create a film culture. "In Mexico, we have a 'cinema sanctuary,' the National Cineteca, which is diverse and accessible to everyone. It is a meeting place, a meeting place. " He stressed the importance of having places where "one can understand more about their own identity." 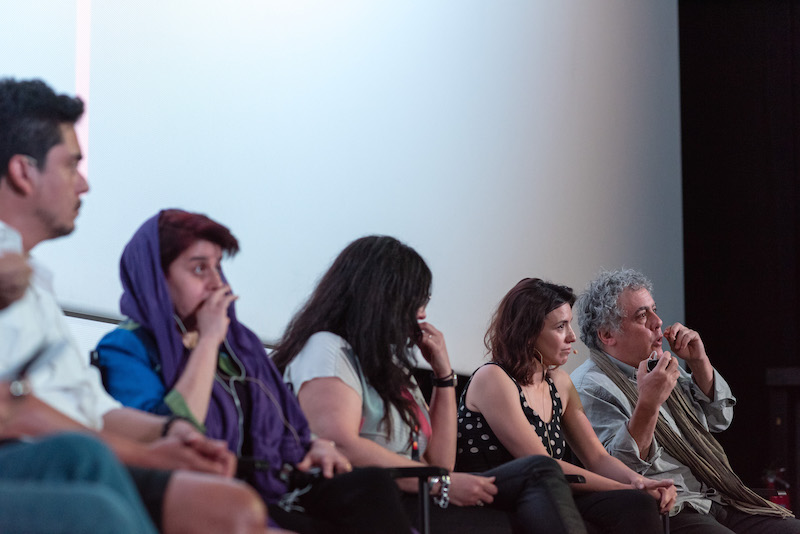 Ron Haviv of the United States, one of the creators of River of Gold and Biography of a Photo, highlighted the importance that art can have in the reform of public policies. The author of the most recognized images of the conflicts in Panama in the 80s and Bosnia in the 90s put great emphasis on the mission that his photos have of "defending human rights." He continued "the industry has a responsibility. We have a responsibility to tell the stories of the injustices that occur during these conflicts. "

Regarding the changes that the industry is experiencing at present, the panelists addressed the importance of adjusting to the times without losing the mission of telling stories. Zafra indicated, "cinema has a universal language. Cinema is life. Life, like language, flows and changes. That's why the cinema has to flow, and it has to change. "

All the panelists agreed on the universality of cinema as an instrument to create bridges between cultures and to connect more as humanity. Avilés concluded, "there is a universality that connects us with art. The more we understand that exchange, we can relate better. "