The International Film Festival of Panama is pleased to announce one of the most important films of recent years, Roma, by the Mexican director Alfonso Cuarón, winner of the Oscar for Gravity in 2013. For this presentation we will have the honor of having with us Yalitza Aparicio, main actress and nominated for several international awards, including the Oscar, in addition to Eugenio Caballero, its designer producer.

Finally, with IFF Panama, the resident audience will have the opportunity to see Roma, an artistic and very beautiful film, and fully appreciate it on a big screen since each Cuarón shot is perfectly designed. The filming for big screen was made with the highest digital technology, sound and 4K (four times more defined).

Based on the experiences lived by Cuarón growing in the Roma neighborhood of Mexico City, it is the life of Cleo, the domestic worker of a home inhabited by four children, who feels like her own family, and her parents, a failed marriage. 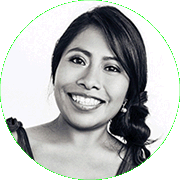 Yalitza Aparicio Martínez is a Mexican actress from Oaxaca, Mexico, who made her film debut as Cleo in Roma, earning her a nomination for the Academy Awards for Best Actress. Even though she is of Mixtec origin, she is not fluent in this language and had to learn it for the role. She does not have formal training in acting, but studies pre-school education and has a degree in early childhood education. 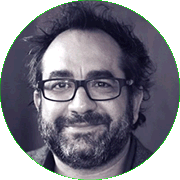 Eugenio Caballero grew up in Mexico City. After studying art history and film history in Florence, Italy, his career as a production designer began in Mexico, with award-winning works on MTV and short films. Soon, he began working on feature films as a production designer, which is responsible for the visual concept of a film, the design style for settings, locations, graphics, accessories, lighting, camera angles and costumes, while working closely with the director and the producer.

Mr. Caballero's credits include about 30 films, 20 of them as a production designer and assistant decorator. He has worked with directors Jim Jarmusch, J.A. Bayona, Baz Luhrmann, Alfonso Cuarón, Sebastián Cordero, Russell Mlcahy among others. With the film A Monster Calls, directed by JA Bayona, he won a Goya, his third nomination for this award and the Gaudí Prize.

Caballero designed the Opening Ceremony of the 2014 Winter Olympics, for director Daniele Finzi, with whom he also collaborated with Cirque du Soleil in the show "Luzia" in 2016.

Caballero has been nominated 5 times for the Ariel prize, the main film award in Mexico, of which he has won two.