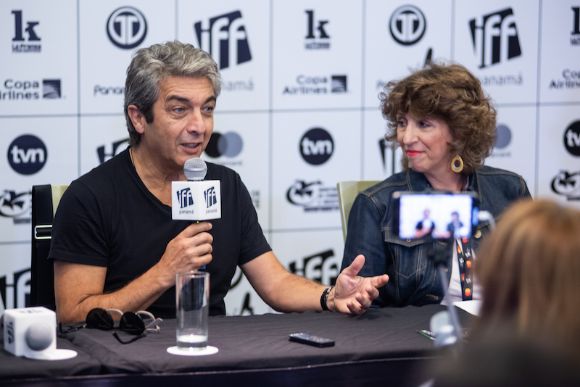 “I am thrilled to be back home, and that’s because Panama feels like home,“ said the renowned Argentine actor Ricardo Darín in the IFF Panama opening press conference. After five years, the actor returns to the festival to present the opening film, ”An Unexpected Love,” by director Juan Vera.

“In Panama, I am always surrounded by friends, and it is a privilege to return to those places where we have been treated so kindly,” said Ricardo Darín

For her part, Pituka Ortega Heilbron, IFF Panama’s General Director, said that the 2019festival would face new challenges. “For the first time, The film Critiques International Federation will be awarding the prestigious Fipresci award. In addition, we also began the year with Central American audiovisual industry training program, dictated by the Locarno Industry Academy.”

“We have an impeccable curatorship, which starts with the beautiful film An Unexpected Love, starring Ricardo Darin, to whom we have the honor of sharing the festival with as a very special guest. Also, we have the world premiere of Panama Radio, created by my dear friend Edgar Soberón, who was a participant of Primera Mirada 2018, and is now bringing a world premiere of what last year was merely a work in progress”, Ortega said excitedly. 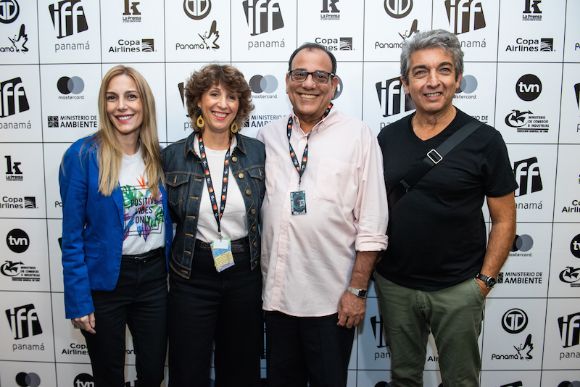 Besides Ricardo Darín, there were other important figures present in the press conference. Among them: director Edgar Soberón, director of the film Panama Radio and the director of Cinema of the Commerce and Industries Ministry, Essie Mastellari.

Essie Mastellary reaffirmed that the Ministry of Commerce and Industry and the General Cinema Directorate continuously support the IFF Panama Festival because they “trust and know that its most important mission is to strengthen the Panamanian Film Industry and to promote the country as a cinematographic scenario for the world.”

Mastellari highlights that due to the multiple benefits that arise from this festival, they can predict every year’s success and work to join forces of all the machinery that continually works to make Panama the most crucial meeting point of Latin American an Caribbean cinema.

On the other hand, Ricardo Darín stands out in the “extraordinary” role that An Unexpected Love has within its filmography. “It’s a film that is very close to my heart, because I share credits with my son, who for years had tried to convince me to start a film production. This is our first film as partners. In that sense, we put too much there, beyond what one as an actor tends to give. We were involved since the beginning, from the making of the story, to the post-production. In this way, it feels closer to what can be perceived only as an actor.”

Edgar Soberón, director of Panama Radio, spoke about the importance that IFF Panama has in developing an audience and bringing home a different type of cinema, a cinema beyond the one that what can be usually found on the movie listings for the rest of the year. “The impact of the festival and the film culture it is creating, is fundamental,” he said.

“I wish we could see this kind of cinema, the one that IFF Panama brings for a week, for the entire year in movie theaters,” he said

In that sense, Ricardo Darín emphasizes the importance of bringing the Latin American produced cinema, “our cinema” to the public. “We are talking about a well-made film, with stories that are told from the heart, but unfortunately do not have the pharaonic advertising budgets that the great studios of the world offer. That is why the work of film festivals is so important in making our films visible, in some way, to counteract the impact of how other films arrive”. 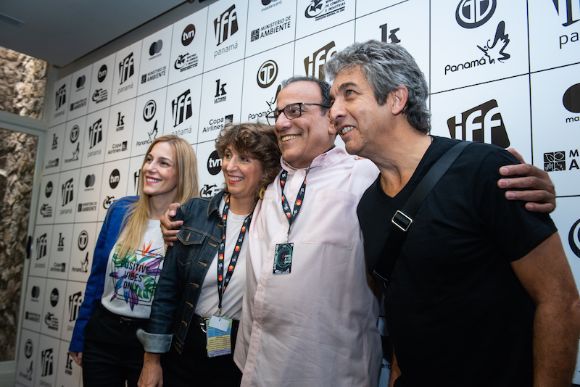 Tonight, the eight edition of Panama’s International Film Festival begins, with none other than the Argentine film An Unexpected Love.