After a successful start of  CINEMA SĀNITĀS pilot program, the IFF Panama Foundation (FIP) in conjunction with the IDB Group's innovation laboratory, IDB-Lab and the Ministry of Culture, continue their preparations for CINEMA SĀNITĀS second series, that will take place on October 23 - 25. Under the motto Reboot, the films that will be streamed appeal to resilience, entrepreneurship and pride of our national identity. 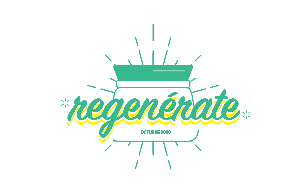 “As we have expressed previously, the scope of cinema is such that there are no issues that it does not address, from the most existential and abstract to the most concrete and day to day topics. When films carry the spirit that we seek, honesty and detachment, their impact is transcendent and transformative, ”shared Pituka Ortega Heilbron, executive director of FIP.

The first series of CINEMA SĀNITĀS achieved a participation of more than 1192.5 people, amongst the different activities, talks, films and participation in the essay contest. “We aspire to increase these numbers  as Panamanian and Central American audiences become more familiar with the activity. We also hope that the health crisis will stabilize so that we can generate a more direct interaction with our public with onsite screenings and we can further develop the goals that CINEMA SĀNITĀS has set for itself”, commented Executive Director Pituka Ortega Heilbron.

In this phase of CINEMA SĀNITĀS, two documentaries will be premiered, The Biggest Little Farm, by the award-winning director John Chester and  Panama’s Higher Grounds, by first time director Stuart Svenson, which will have its avant world premiere within the framework of CINEMA SĀNITĀS.